Things to Do in Brooklyn NSW 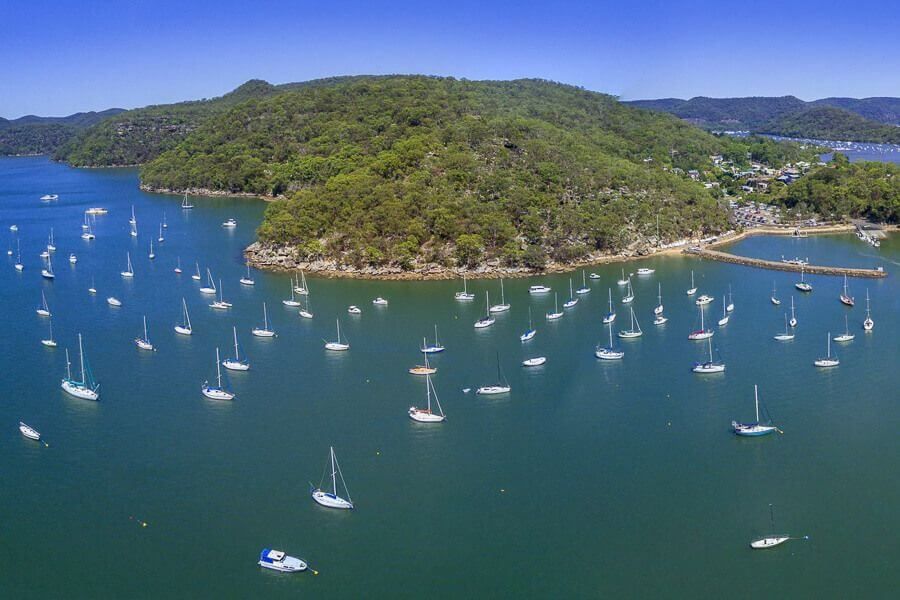 Brooklyn NSW is a quaint village located at the entrance of the Hawkesbury River and along the Sydney - Newcastle train line.

The village is surrounded by bays, boats and green hills. So wherever you stand, the view is always picturesque. It’s well worth a visit by train. The contrast with the city is great.

You get views of Brisbane Water National Park and the Hawkesbury River… water and bush everywhere.

The tourist part of the village has only a couple of streets. It's a world away from the hectic city.

Brooklyn used to be an isolated oyster farming and fishing village until the railway line that runs through it was built in 1887.

Then the fishing industry started to ship seafood to the markets in Sydney by train. And holidaymakers from Sydney started trooping in. So Brooklyn became a tourist destination. And a transfer point…

Before the construction of the Hawkesbury River Bridge, hordes of holidaymakers would alight on Long Island where they'd embark on a ferry and continue their journey up north.

Then two years or so after constructing the railway line, the Hawkesbury River Railway Bridge was built. 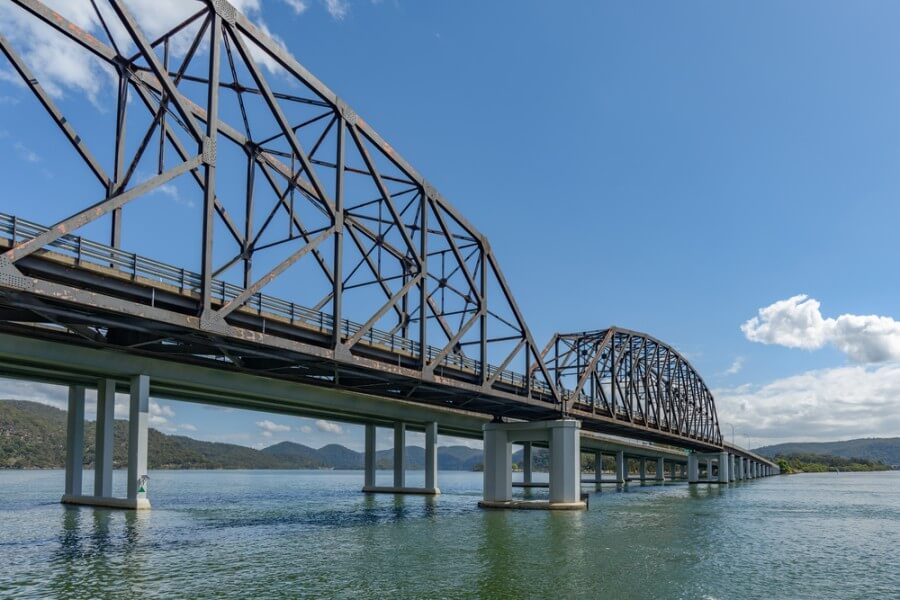 In 1889 it was considered an 'engineering achievement' – the bridge was one of the longest (885 metres) and deepest (up to 49 metres in muddy bottom).

The Hawkesbury River Bridge was the last railway link that connected Adelaide, Melbourne, Sydney and Brisbane.

A few years later the bridge started to break down and they built a new one. The sandstone piers sticking out of the water beside the current bridge are the remnants of the former bridge. 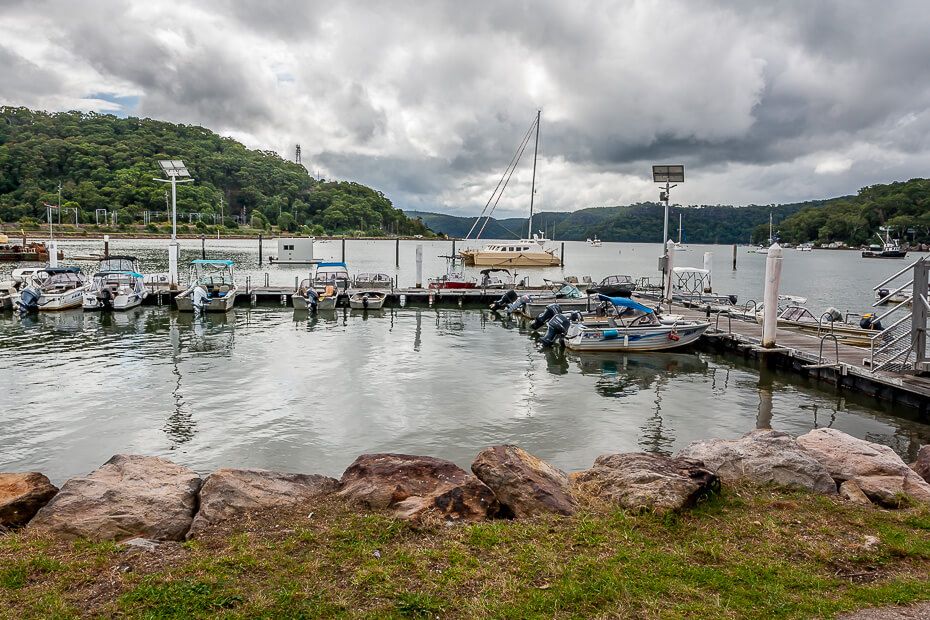 The railway line and the Hawkesbury River Bridge shaped Brooklyn in becoming what it is today. An accessible village for a short getaway...

Walk around the streets near the train station. Look at the quaint cottages with awnings and the old English style brick house. These cottage-style houses are charming.

Most people hang out along the waterfront. Walk past the cabbage tree palms. They were planted there for the Prince of Wales who visited the village in 1920...

Walk to the end of Dangar Road and you arrive at McKell Park – a peaceful area near the water. There are picnic tables and BBQs. Have a picnic or take away fish & chips. Swim in the protected ocean pool... 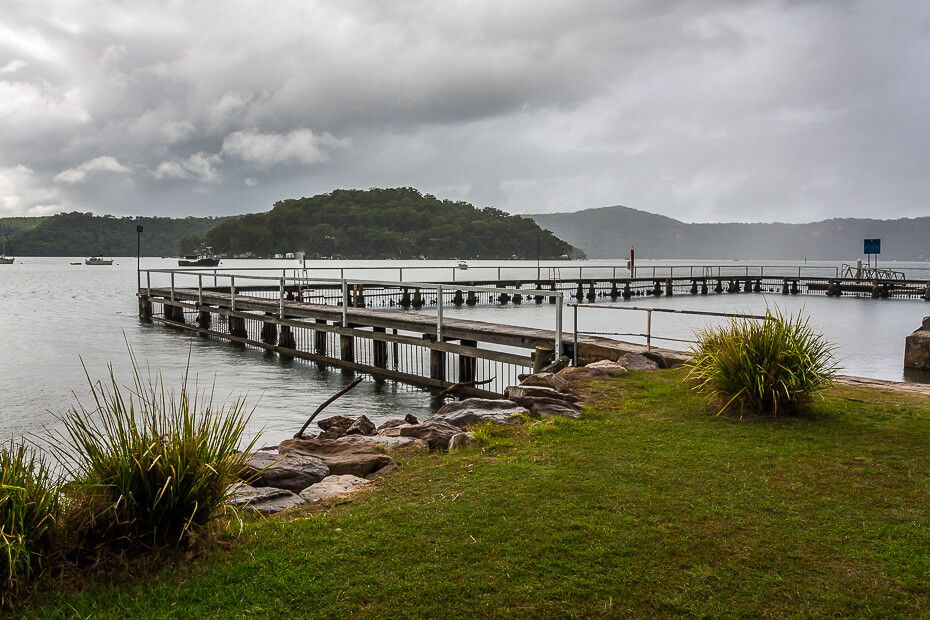 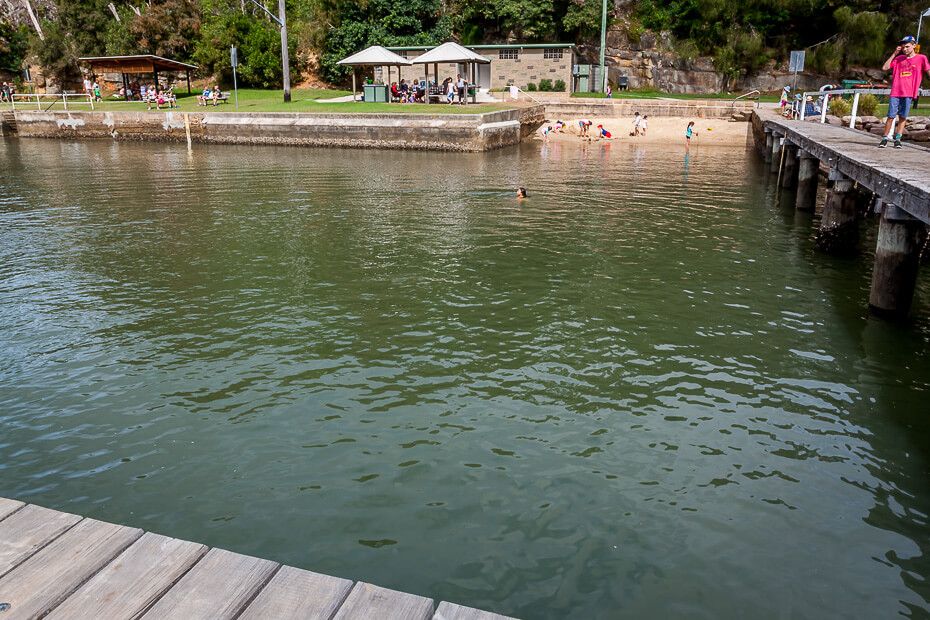 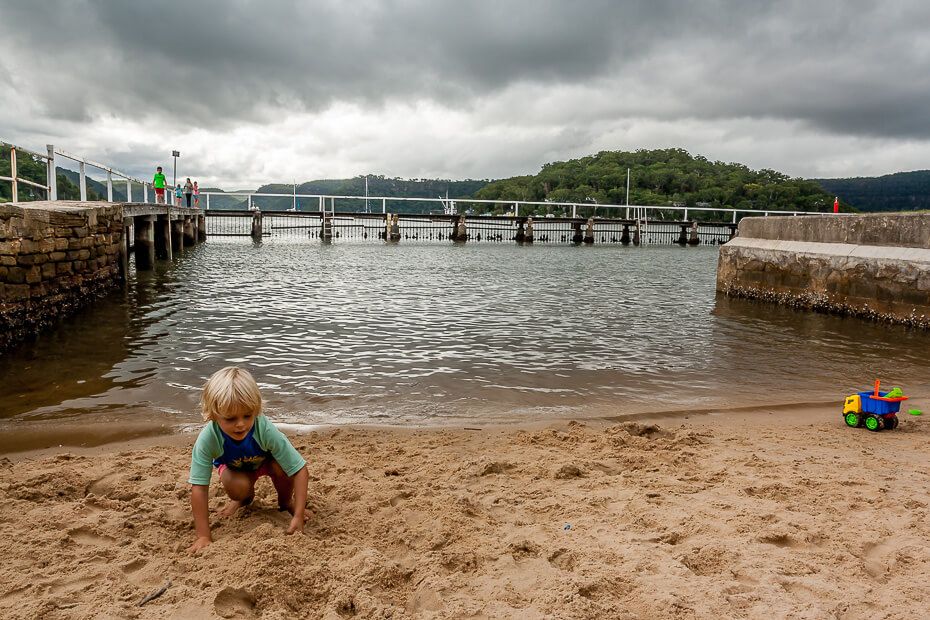 Kids play in the playground... 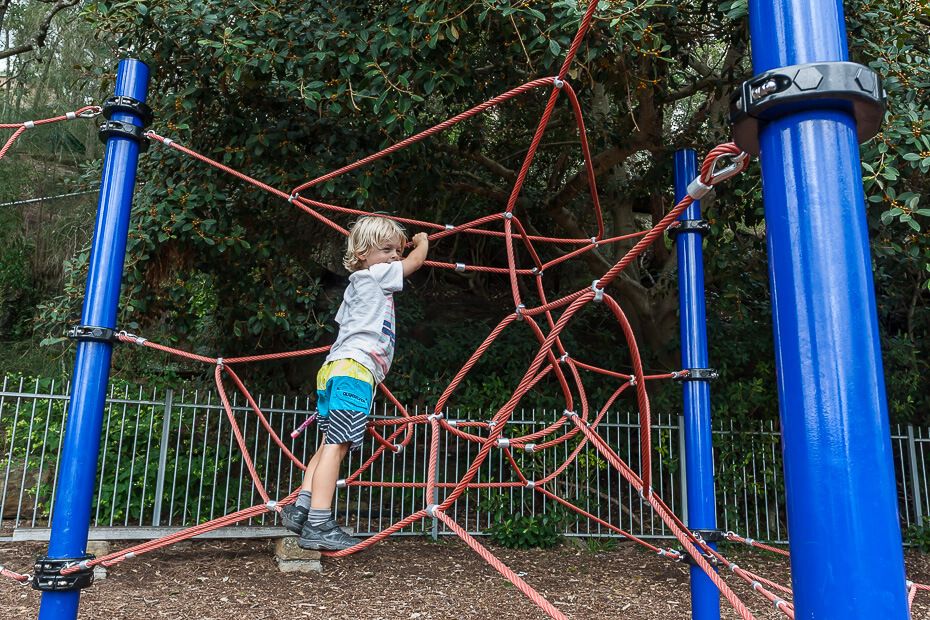 It’s so peaceful, you may want to spend most of your day there. All you see water, vegetation and the occasional train.

Walk around the headland. It’s only a short walk. 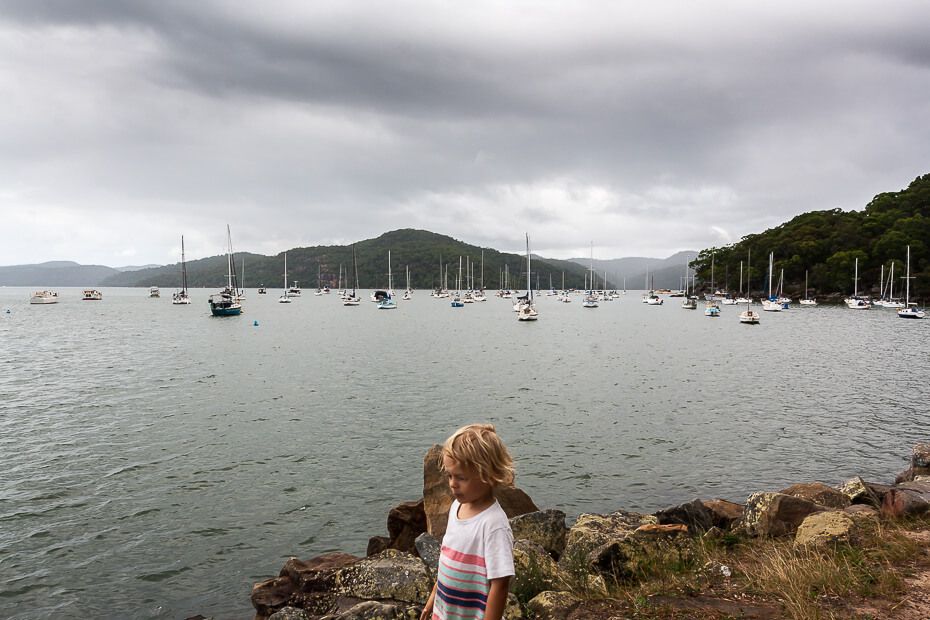 Walk up the stairs. At the top is the remnant of an anti-aircraft gun used to protect the bridge and the entrance of the Hawkesbury River against Japanese invasion during WW2.

If you want to spend a full day or more at Brooklyn, here are more ideas… 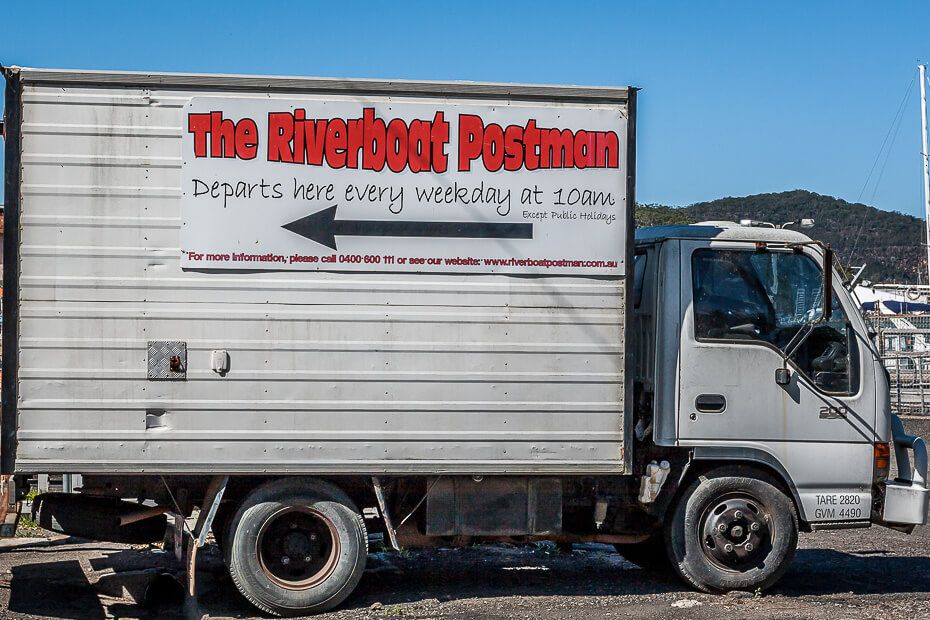 Check out the Riverboat Postman. Go aboard while they deliver mail to the nearby islands and tell you authentic stories about the area.

TripAdvisor has awarded the Riverboat Postman a Certificate of Excellence because of consistently receiving great reviews from travellers.

The Riverboat Postman leaves at 10 am and returns at 1.15 pm Monday to Friday except public holidays. It’s $50 per adult, $15 per child and $115 for a family. You get morning tea and lunch and you can get a glass of wine or beer if you want.

Another cruise, the Sunday on the Hawkesbury, departs on Sundays at 11.00 am and returns at about 2.00 pm. The boat travels to the seven islands. They also tell you about the history of the islands and river.

Find out more or book here. 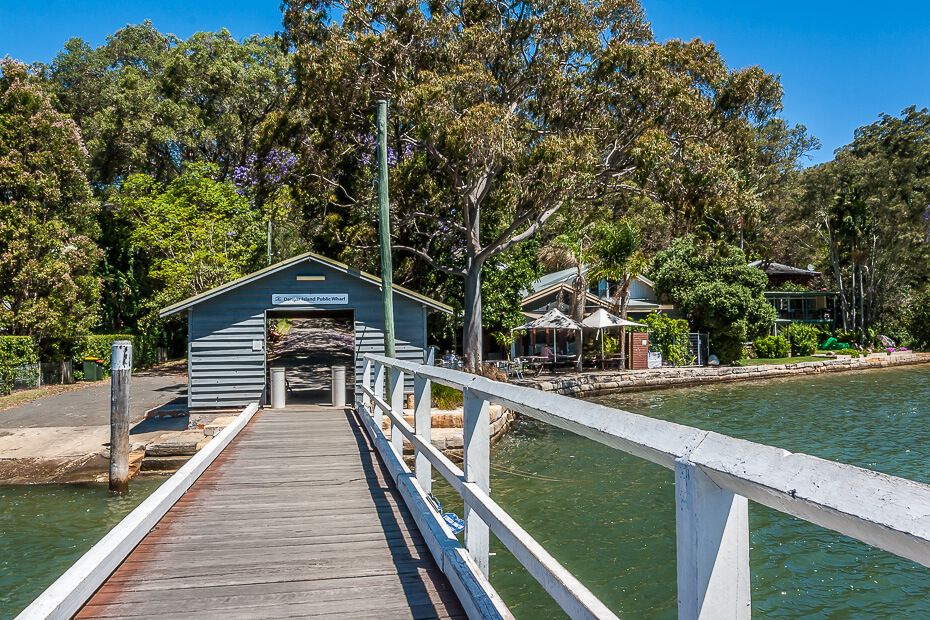 Dangar Island is a 10-minute ferry ride. The ferry departs from the wharf beside the Hawkesbury River Station. Allow at least 2.5-3 hours to visit. It's worth it... I thought Brooklyn was the best place to relax – until I discovered this island.

Hire a houseboat or fishing boat at one of these places...

And if you like bushwalking, why not walk on the popular section of the Great North Walk from Cowan to Brooklyn?

Find out more information about the track here.

Try the Signature Toastie. It's made with green relish, Gruyère cheese, smoked ham, handmade butter and sourdough bread. It smells as good as it tastes. 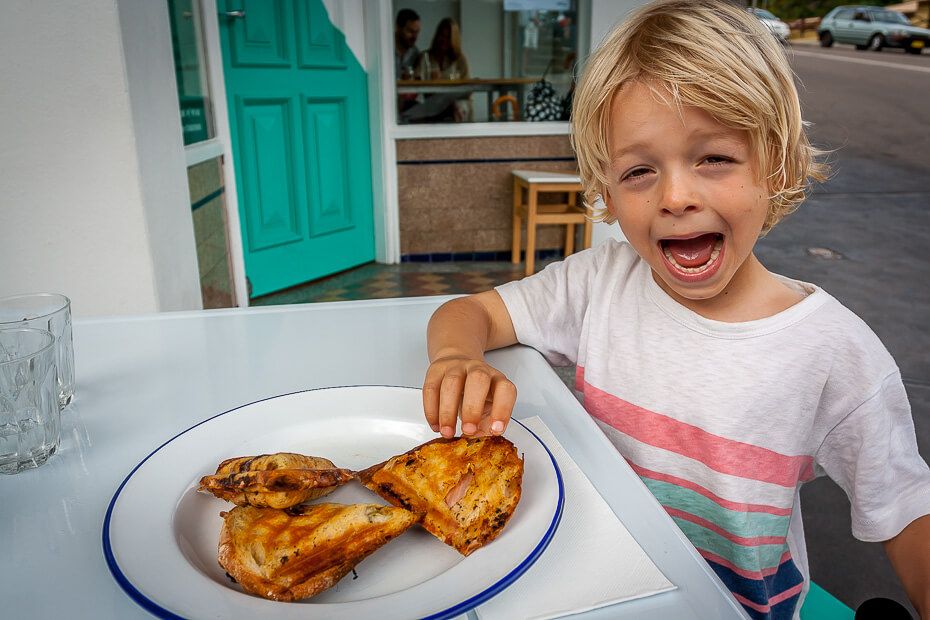 The light blue and orange-red painted restaurant on Dangar Road is Lifeboat Seafood. That's the place to go for fresh fish and seafood. So if you feel like fish & chips... 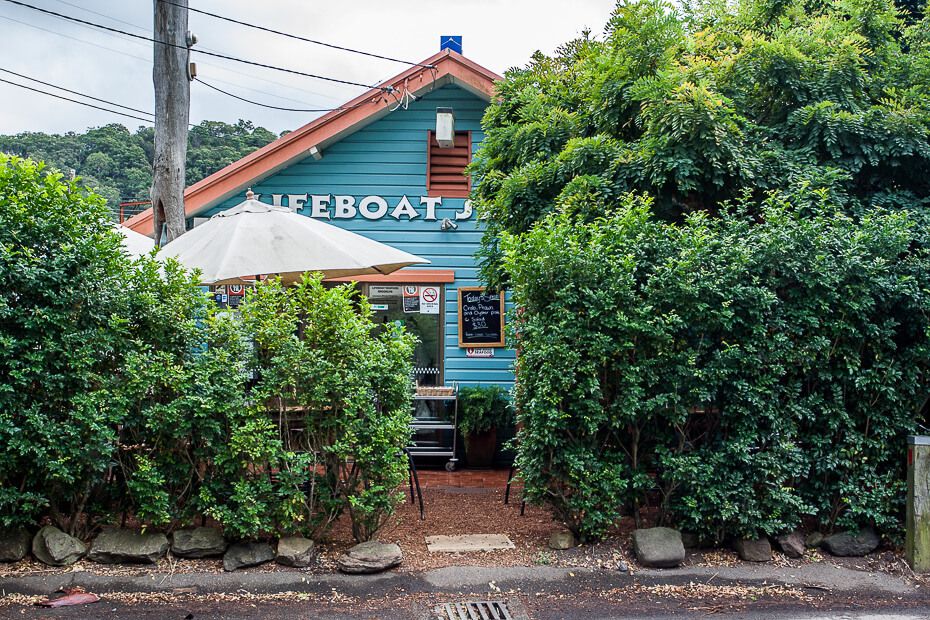 Inside the marina is the cafeteria-like King Tide Cafe. Try a seafood basket, tempura prawns, fish cocktail, calamari… Sit on the deck by the water... 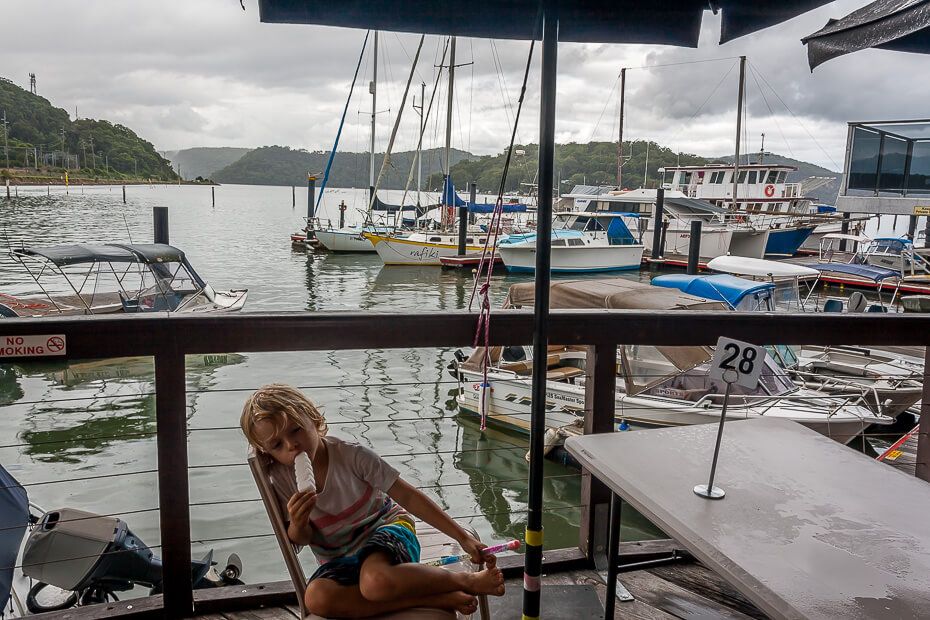 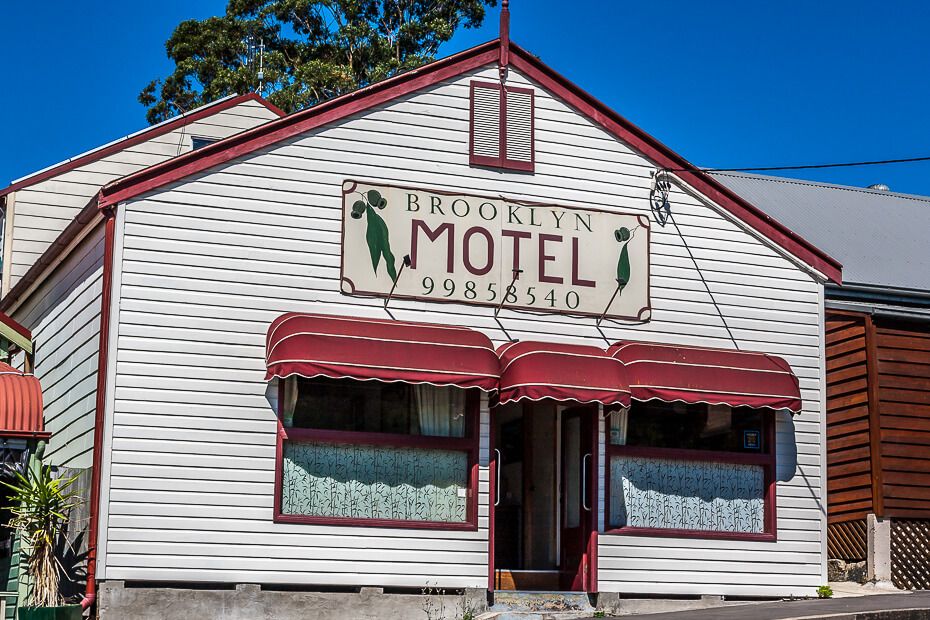 The quaint Brooklyn Motel is our favourite accommodation in town. It's a gem and value for money is excellent.

And its location couldn't be better...

The motel is minutes’ walk to restaurants, McKell Park, Riverboat Postman, the ferry to Dangar Island and the train station.

You can also get there by car but parking can be hard to find during holidays and weekends. 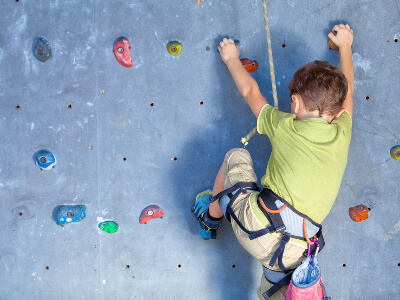 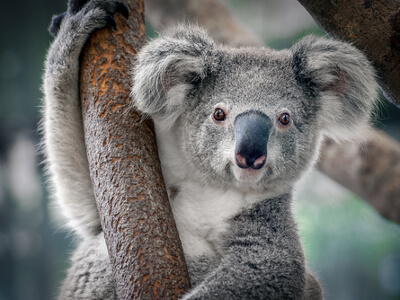 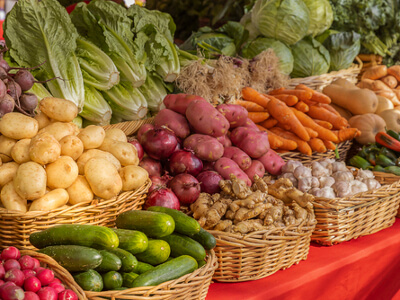